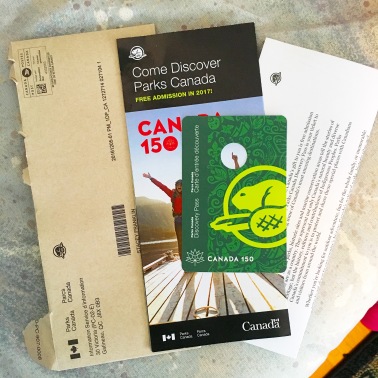 Recently, in the wake of Parks Canada giving away “Discovery Passes” that grant free entry to Canada’s national parks for the duration of 2017, many conservationists have published articles or given radio interviews discussing the negative impact that increased tourism will have on the parks and the wildlife that resides in them. Access, these conservationists argue, stands in stark binary opposition to conservation. More humans in the parks means greater human impact on the parks’ ‘natural’ environment, and more human-wildlife interactions, which could lead to habituated and food-conditioned wildlife. Of course, Parks Canada can minimize human impact by ensuring that park-goers are aware of Leave No Trace principals and are educated in managing wildlife encounters. But, of course, ensuring that all visitors treat the land and wildlife with respect is impossible. Therefore, these conservationists argue, increased access and increased visitation undermines conservation efforts.

I disagree. I will be upfront: I am a hiker, climber, canoeist, snowshoer, and more. I rely on access to parks and conservation areas for recreation. And though I am pretty sure that, as someone who is formally trained in outdoors skills and Leave No Trace (LNT) principles, I am not the antagonist of these seemingly conservationist arguments, I was not always as outdoors-savvy as I am today. The conservationists promoting an anti-access agenda are most likely scared of an influx of ‘tourons’ (tourist morons, i.e. national parks tourists with absolutely no outdoors experience or knowhow) rather than an influx of experienced hikers, campers, climbers, etc.—experienced outdoorspeople will flock to the national parks regardless of admission cost or advertising campaigns. Yes, inexperienced campers, hikers, etc. can (and generally do) have a negative impact on national parks’ land and wildlife, especially when they arrive in hordes; however, many experienced outdoorspeople were once inexperienced ‘tourons.’ I know I once was.

When I look back on my first experience in Yosemite, my ‘touron’ behaviour utterly horrifies me: I fed wildlife (squirrels), and hiked off-trail to skip switchbacks while descending a mountain. But my experience in Yosemite, however touron-esque it may have been, is the reason why I am now (or at least consider myself to be) an experienced outdoorsperson. If I did not have that seminal experience in Yosemite, I would never have fallen in love with being outdoors, with hiking, with mountains, with granite, with rivers and waterfalls. My experience as a ‘touron’ in Yosemite fostered my love of and connection to outdoors and wilderness spaces. My experience as a ‘touron’ inspired me to seek an outdoor education, to take up rock climbing and become a member of the Ontario Access Coalition, to donate to conservationist campaigns to ‘keep Jumbo wild’ and ‘protect the Peel [watershed],’ and to take a course with the National Outdoor Leadership School (NOLS), wherein I learned LNT principles and wilderness ethics. That is to say, I love national parks and wilderness spaces, and care about conserving them, because I have experienced them.

One thought on “Access and Conservation are NOT a Binary”